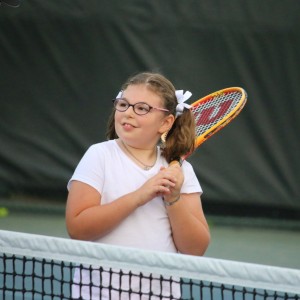 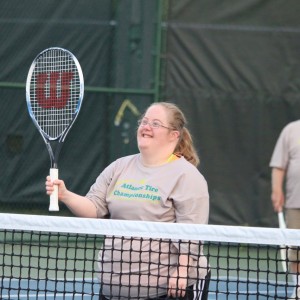 2015 –ATANC is recognized as “Partner Organization of the Year” by Cary Parks, Recreation and Cultural Resources. Cofounder and Coach Kirstie Marx is recognized by the International Tennis Hall of Fame for her leadership in adaptive tennis programs. Abilities Tennis President Robert Edwards retires, Jessie Taliaferro takes over as President of the ATANC Board of Directors. Abilities Tennis programs expand across North Carolina, serving over 320 athletes.

2016 – Abilities Tennis adds the Bull City Tournament in Durham, NC, and the Lucky Duck Tournament in Clemmons, NC. Summer camps receive free training to be able to add tennis as a sport for campers. Over 300 campers play tennis across the state. Clinics continue to grow and expand throughout North Carolina.

2017 – Lou Welch and Christie Elliott receive the first ever Adaptive Tennis Award given by NC Tennis.  Also, the Hunsucker family received The Family of the Year from NC Tennis, giving ATANC outstanding visibility this year.

2019 – ATANC selected by USTA Net Generation to perform an on-court demonstration at the US Open on Arthur Ashe Stadium with an Abilities Athlete doing the coin toss.  ATANC was the first adaptive program to be showcased before a night match. ATANC was awarded the Community Tennis Association (CTA) of the Year by North Carolina Tennis and USTA Southern Section.  Executive Director Lou Welch was recognized with the Educational Merit Award by NC Tennis.  There are more than 500 athletes being served with six tournaments and 18 clinics across the state.