A berth in a national tennis tournament was on the line November 8, and some of the state’s best players had traveled to North Hills Club in Raleigh to do battle.

In this case, though, the definition of battle involved plenty of hugs, smiles and high-fives.

Despite the high stakes, the tournament’s competitors were really just happy to be there. This is the magic of adaptive tennis, a competitive and recreational sport for people living with disabilities.

“What I’ve learned from them is that, they might have an off day, where their opponent is playing better than they are, and they’re truly happy for their opponent,” said Lou Welch, the tournament’s director. “(The players) bring you back to what’s important. It’s awesome.”

The format of this particular tournament was unified doubles. According to the United States Tennis Association, it allows “cognitively impaired players to partner with non-impaired players in a competitive setting.”

Welch is the executive director of the Abilities Tennis Association of North Carolina, the USTA-affiliated nonprofit organization that hosted the event, which is known as the NC Adaptive Qualifier Tournament.

Unlike the organization’s other events, the qualifier was a closed invitational. Seventeen of the state’s best players were invited based on their skill level, and seven participated in the round-robin match play.

The doubles teams played each other in 30-minute timed matches. At the end of the day, the pair with the most cumulative games won would qualify for the first-ever USTA Adaptive National Championships, which will take place this December in Orlando, FL.

Welch said that it felt odd to run a tournament that was not fully inclusive, but she hoped the format would enhance the experience for participating athletes.

“This is the typical way the tennis world works,” Welch said. “It’s awesome that they had the opportunity to play in a qualifying tournament for a national event.”

A YEAR ROUND ACTIVITY
Kirstie Marx, Debbie Ratliff and Sue Wisdom founded the organization in 2007, hoping to make tennis a year-round activity for families in the disability community.

Ratliff has a 29-year-old son with autism named Kevin, who loves the game. She says he caught the tennis bug though Special Olympics.

However, tennis is classified as a fall sport by the national organization. As a result, its season is limited to eight weeks in the fall — with just one day of practice a week — and a single annual tournament in November.

“For those kids that really enjoyed tennis, it was sad to see the end of it,” Debbie Ratliff said.

The three women hatched the idea in 2007, and secured nonprofit status in 2012. Once the paperwork had been approved, Ratliff said it was time to seek new leadership “with more knowledge and contacts.”

Welch took over as executive director in 2012, and Ratliff said she has been instrumental in the organization’s rapid development.

“It would not be the organization it is without (Welch),” said Ratliff, whose son still plays in many of the organization’s events. “She just took over at the appropriate time and has taken this to the next level.”

The nonprofit now sponsors seven tennis tournaments, 17 regional clinics and six summer camps across the state. It’s provided an outlet for families like Matt Carpenter’s to live, as his mother Jill put it, “a typical tennis life.”

“It’s been an answer to prayer,” Jill Carpenter said. “If he’d only gotten eight weeks a year, he’d have never improved to the level where he’s at.”

Carpenter, 35, has Fragile X syndrome, which causes mild to severe intellectual disability, heightened anxiety, as well as a range of other symptoms. Socially, he’s very reserved, avoiding eye contact at all costs.

On the court, though, his mother said he feels like he transforms. Matt and his friend Charlie Lawless, who missed the event to play in the Special Olympics tournament, sometimes even act out Grand Slam matches.

“(Lawless) decided that he would be Roger Federer and Matthew would be Rafael Nadal,” Jill Carpenter said. “Well, he already was (Nadal) as far as he was concerned.”

These sorts of connections are often formed at adaptive clinics. Allan Goldberg, who runs the Raleigh clinic, said that these group practices are similar to ones for non-impaired players — they’re regimented, with calisthenics and drills in the beginning and match play at the tail end.

The only difference, Goldberg said, is that he often has to tell his players to stop hugging.

A hard-fought victory
Though a big prize was on the line, most of the players said their main goal was just to have fun.

“Hopefully, I’ll play my best, just like (my coach) told me,” Christie Elliott, 41, said before heading on court with her partner Jinni Hoggard. “Hopefully, I’ll have fun with all of my friends.”

At 4:30 p.m., players received unopened cans of tennis balls, and the matches commenced.

From start to finish, the pairings of Carson Vargas and Ben Hunter, and Carpenter with his allied partner Peyton Philmon, were neck-and-neck in total games won.

By the time the final set of matches had concluded, Vargas and Hunter eked out the victory and national championship birth with 31 total games won, compared to Carpenter and Philmon’s 30.

When the final tally was announced, a wide smile encased Vargas’ face.

Vargas, 20, is a senior at Broughton High School. His father said he’s been enamored with tennis since he was old enough to sit in a high chair.

“I don’t remember if it was my wife or me, but he ended up with a spatula and a tennis ball in his hands,” Steve Vargas said. “And every time they hit the ball on the TV, he would whack the ball with the spatula, almost in synchronization.”

Once Carson Vargas was able to run around, Steve, a former football player for Elon University, swapped his son’s spatula with a tennis racket and taught him how to play.

Carson, who has autism, started private lessons when he was seven. By the team he reached high school, his skills rivaled those of Broughton’s non-impaired players. He’s been a member of the high school’s varsity tennis team for the past four years.

It’s an experience that his father said has been immense for his social confidence.

“He just loves being a part of a group of typical kids,” Steve Vargas said. “From a social aspect again, he just gets so much out of it.”

Now, the Vargas family is Orlando bound, alongside Hunter, a tennis coach who is the husband of Carson Vargas’s second cousin.

And like many great champions of a different sport he enjoys watching, football, Carson Vargas said his family has another trip in Florida planned for the days following the tournament.

“We might take a couple days and do a little Disney World while we’re down there,” Vargas said. 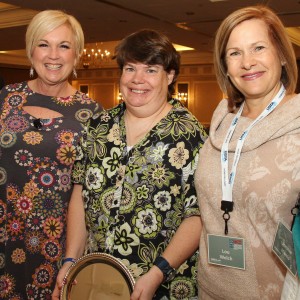 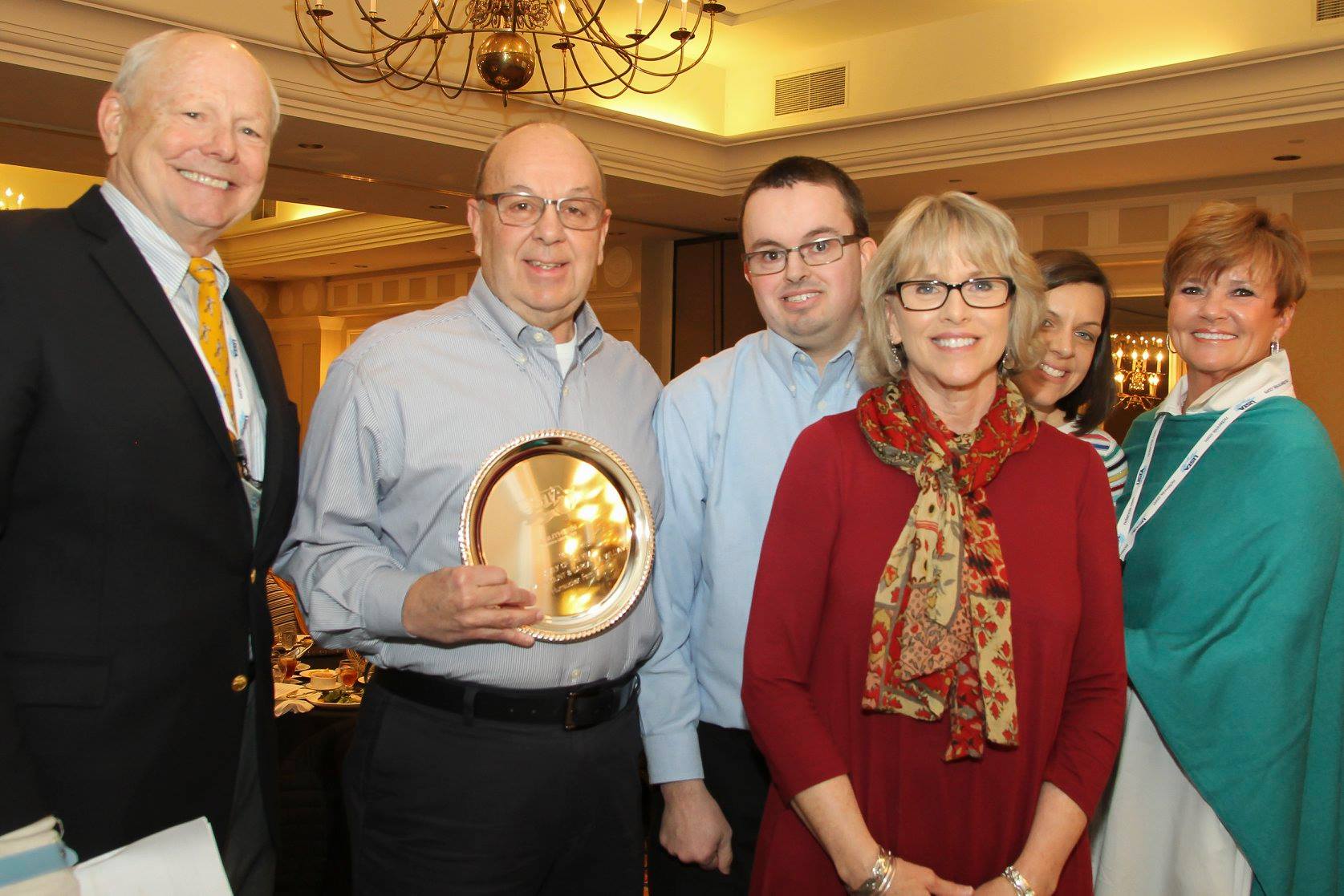 Abilities Tennis of NC, serving athletes with intellectual disabilities, recently hosted its 9th Annual Winter Chill tournament at NC State University. Over 70 athletes from around the state traveled to participate in this event on Saturday, December 3rd at the J.W. Isenhour Tennis Center.

The Winter Chill tournament featured full court and short court doubles play for the athletes as well as a clinic, and player interaction with the NC State women’s tennis team. Lou Welch, Abilities Tennis Executive Director, stated just how important this event is to everyone involved.

“Winter Chill gives our athletes the opportunity to compete in an exciting venue where they can come together and socialize, exercise, and show off the tennis skills they have been honing all year long,” Welch said.  “Having the NC State women’s tennis team acting as referees, instructing them and then playing with them, is a big drawing card for this event.  It is certainly one of our highlight events of the year.”

inaugural Winter Chill tournament in 2007. Anna Rogers (Center), a freshman on the team, said she was honored to give back to the community and be a part of this event.

“When my coach told us about this event, I got so excited because I love helping out…We’re having so much fun, there’s so much energy, there is Christmas music, I just love it,” Rogers said. “This event is important because we need to make people aware of organizations like [Abilities Tennis], because not everybody knows about it or not everybody gets involved. But when people come out to these events, they really love it and they embrace it. I feel like everyone would be happy making these kids happy.”

When asked about her favorite part of the event, Rogers didn’t hesitate. “I like reffing a lot! You get to cheer [the athletes] on, and say good try or good shot. Then when they smile, it just makes me happy”.

In addition to the NC State women’s tennis team, over 60 volunteers from local High Schools and other organizations, along with those who show up yearly, came to assist with activities throughout the day.

“Each year we have many of the same volunteers showing up because they know the heartwarming affect it has on all who attend,” Welch said. “There is a growing community surrounding these athletes, cheering for them on the court and off.  We, the supporters, leave the event each year feeling a sense of peace and a renewal of focus on what is truly important.”

Abilities Tennis holds tournaments and clinics throughout the year. For more information about this organization and its efforts, please visit www.atanc.org.

Article courtesy of USTA North Carolina.  You can read the complete article and see additional photographs by clicking here. 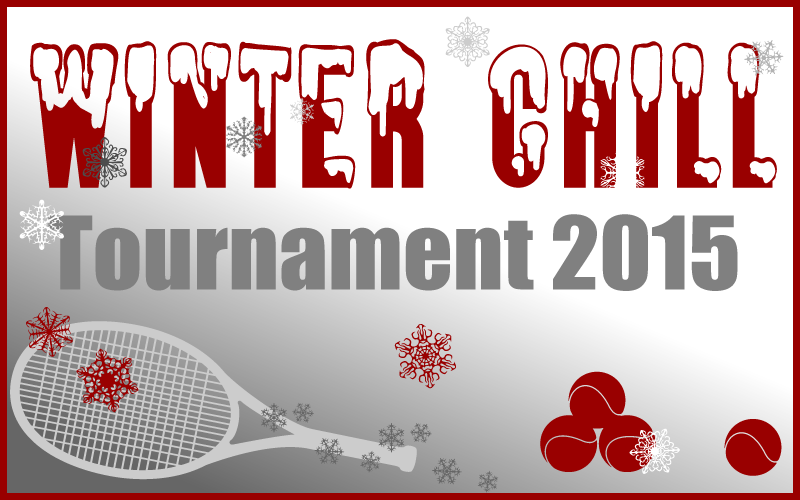 All Courts, All Levels.

Come play in the last event of the year! Whatever your level, you will have a really fun time, especially playing with the NC State Women’s team! Participation is free of charge. 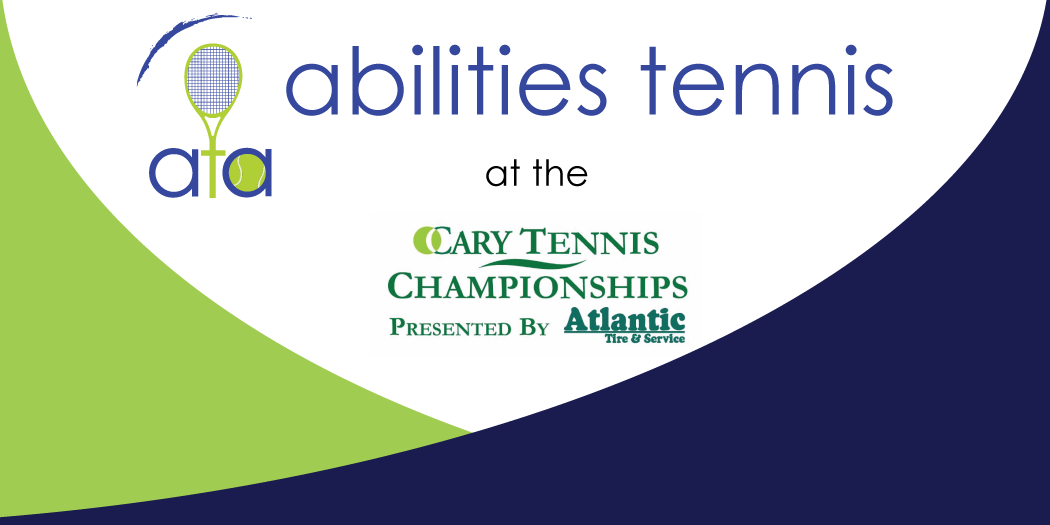 Register to play at Cary Tennis Park during the new ATP50 Cary Tennis Championships! Volunteers and players, get more info and register here…